I Do Love a Severed Head Sunday 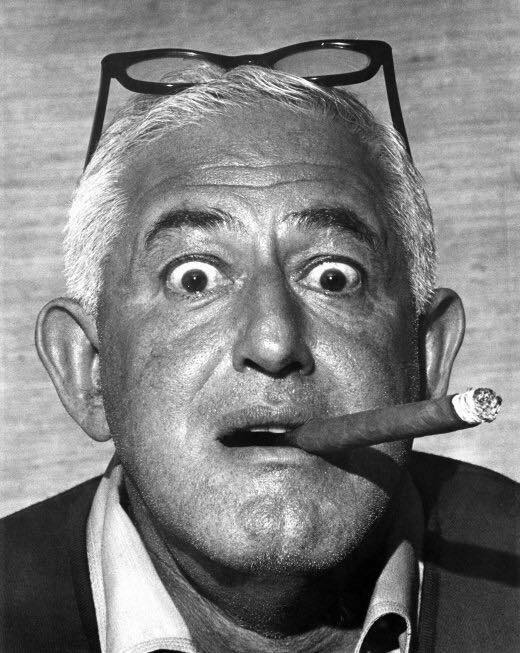 This is the man of the hour.

I pause in the midst of my Severed Head Sunday to make a blog post.  I was semi-useful yesterday,  getting my container garden planted and hauling lawn chairs out of the garage.  Today I am watching William Castle movies and chilling.  I went for a long run this morning,  which may count as useful, and I took a nap.  That has been my day, and here is my blog post. 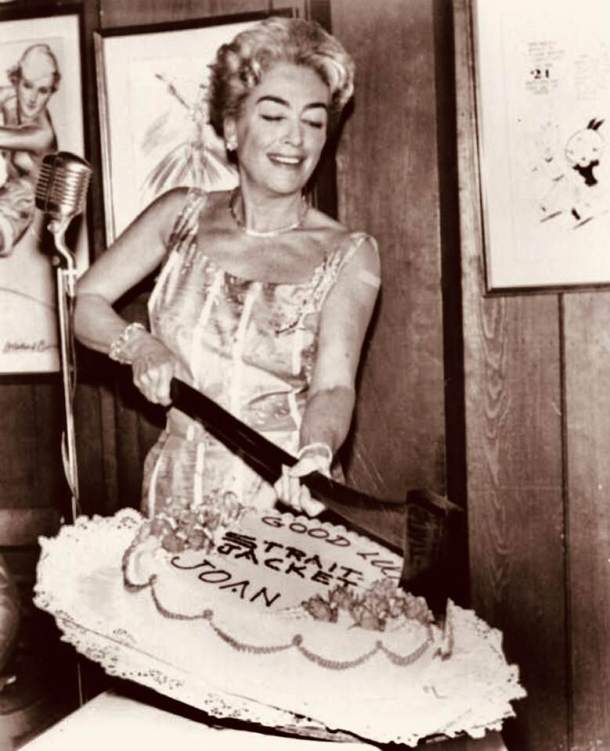 We started with Straitjacket with the wonderful Joan Crawford.  There are several severed heads in that one.  I have to respect Joan Crawford (I don’t feel right calling her just Joan or even Ms. Crawford) (Come to think of it Ms. wasn’t even a thing in those days).  She kept working, even if it meant taking part in cheesy horror movies.  Of course, I LOVE Castles oeuvre, but they do not garner the respect of Oscar nominees. 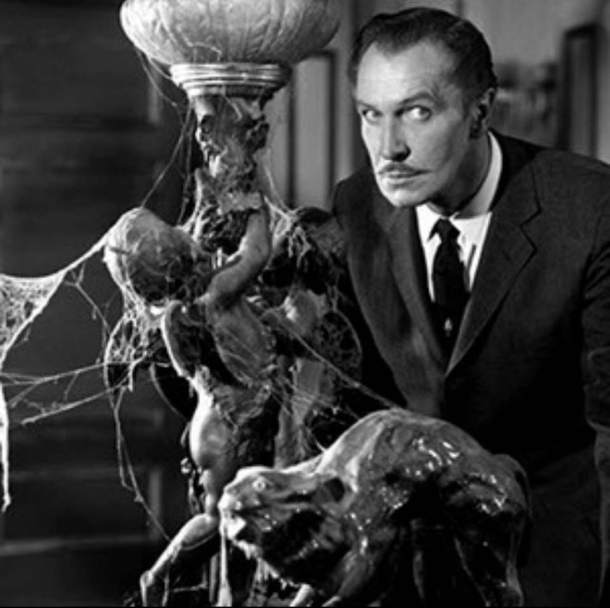 And who doesn’t love Vincent Price?

We moved right along to House on Haunted Hill, a longtime favorite of ours.  You don’t see any heads actually get severed in this one, but you hear about it and you see a couple along the way. 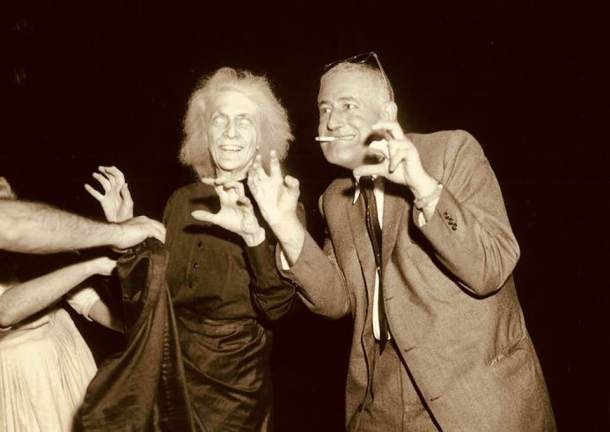 I don’t know what we will watch next.  None of our other Castle features involve severed heads.  Alas!  But I hope you are all enjoying your Sunday as much as I am mine.

A Little Murder on a Sunday

OK, so I am still going to be two blog posts behind, because I only made one post yesterday and am only making one today.  Yes, I had big blogging plans.  They did not work out.  Now I am sitting on my couch,  typing one letter at a time with the stylus on my Tablet,  sipping 19 Crimes wine and watching an episode of Columbo on DVD.  I love Columbo.  And 19 Crimes.   It is the original red blend, by the way.

I thought I could make a Sunday Cinema post.  For one reason, I know I have pictures of the two movies we have already watched in my Media Library.

First we saw that heart warming Joan Crawford classic about the mother and daughter who reunite after 20 years, Straitjacket. I love that movie.

No, she is not looking for candy in the movie, but I can’t find the picture without the caption.

I loves me a little Joan Crawford and a little William Castle.

Next we continued the severed head theme with Hush…Hush, Sweet Charlotte.  I haven’t had a Severed Head Sunday in a long time.

“From right here I could spit in your eye!”

I loves me some Bette Davis too. 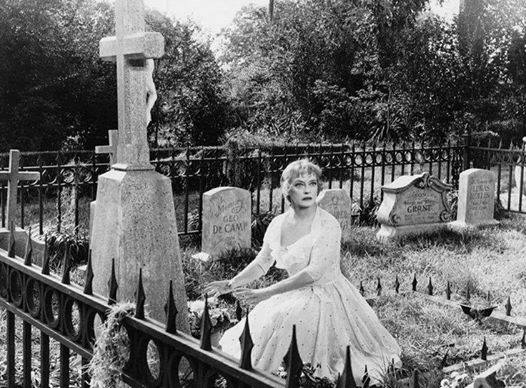 This is the picture I was looking for.

I was also hoping to share a picture of Peter Falk as Columbo,  but I am quite frankly tired of looking through my Media Library.   I want to get back to watching the show.  Happy Sunday,  everyone.

I promised myself a Monstrous Monday post, and I felt it would be better to get new (to this blog) monster pictures.  After quite some time of puttering around Facebook looking for them, I found not a monster, exactly, but what one might see as monstrous. 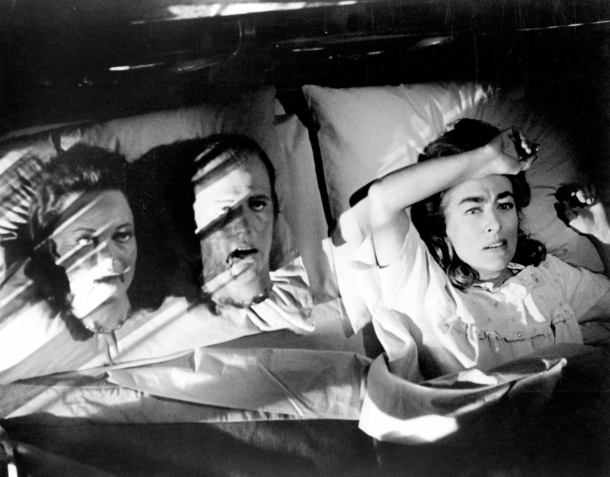 This is a shot from one of my favorite movies to watch on a Severed Head Sunday, which alas, I did not have yesterday: Straitjacket with Joan Crawford.  I sure do like movies that feature severed heads.  I looked for more pictures.

She’s giving him the side eye.

Another big favorite of mine: The Brain that Wouldn’t Die.  The sad thing about the movie is that the head wanted to die, but the obsessed boyfriend would not allow it.  These mad scientists always think they know best.  It took me a while to find a third photograph.  I tried to think of movies that featured severed heads and thought of Sleepy Hollow, or, as I like to call it, The Headless Everybody.  But all I could find was pictures of Johnny Depp looking sultry.  So I tried Hush… Hush, Sweet Charlotte, with another of my favorites, Bette Davis.  Charlotte is more contemporary with the pictures I’ve shared thus far.

I could not find a picture of the severed head, but I’m not really surprised, because in the movie the head is more often talked about than seen.

So this is my Monstrous Monday post.  Foolish, you say?  In my defense, it has been meltingly hot all day, and I have been at work for the first time in two weeks.  And if you’re going to ding me for whining, just go away.  I will too.  Perhaps we can meet again tomorrow on Tired Tuesday.

Alas, No Severed Heads for Me 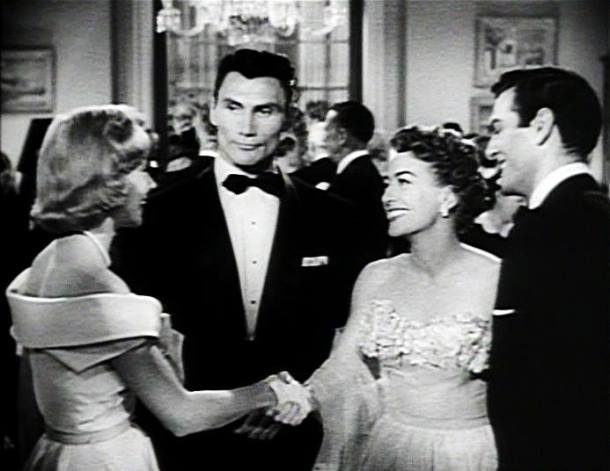 Joan is obviously charmed to meet Gloria, but Jack looks less than thrilled.

It is that moment on a Sunday when I realize:  I’ve got to make my blog post, so I can get back to sitting on the couch, knitting, and watching television.  It is movies rather than Snapped today, and we began with Sudden Fear, starring Joan Crawford, Jack Palance, and Gloria Grahame.  I do enjoy a film noir on a gloomy Sunday (and almost any other day or weather), although ideally I like to sip Pinot Noir whilst I watch.  However, you can’t have everything.

Speaking of other things I didn’t get today, I wanted to have a Severed Head Sunday.  I have a number of movies that involve heads that part company as it were.  Unfortunately, we have just recently watched two.

Obviously, she feels strongly about matters.

I think I even mentioned that I watched the heart-warming classic Straitjacket on Mother’s Day.  Joan always played a mother so memorably. 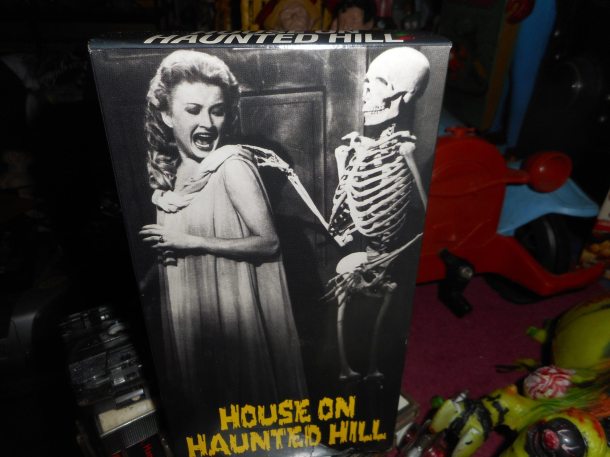 “May I have this dance?”

We watched House on Haunted Hill last night.  Actually, in that movie, real severed heads are only mentioned.  The severed head you see turns out to be a fake.  Oh dear, ought I to have included a spoiler alert for that?  I don’t think it will materially injure anybody’s enjoyment of the movie.

It is early in the day, so I suppose I could still fit in a movie with severed heads.  Maybe Hush… Hush, Sweet Charlotte.

Bette Davis, an unsolved murder involving a severed head, what’s not to like?  For once, I’m not having a Wrist to Forehead Sunday.

I wanted to have another Severed Head Sunday.  I thought it would happen when Steven agreed to watch The Brain That Wouldn’t Die, one of my all-time favorite cheesy movies.  From there we could have gone onto a number of other features, cheesy or otherwise:  Hush… Hush, Sweet Charlotte, Straitjacket, Sleepy Hollow (or, as I like to call it, The Headless Everybody), even Jaws has a scene with a severed head (I believe Jaws was a feature of my first Severed Head Sunday).

Then we decided to go for a walk, because  I finished a letter I wanted to mail.  I brought along the Tablet and took some pictures, so why not do a Sunday Stroll post?  While Steven was changing his shoes, I went into the backyard and got a picture of our Black-eyed Susans that I have been wanting.

The three bushes in the background are in the neighbors’ yard.

I took two shots, thinking to use the best one, but I now I think I’ll use both. 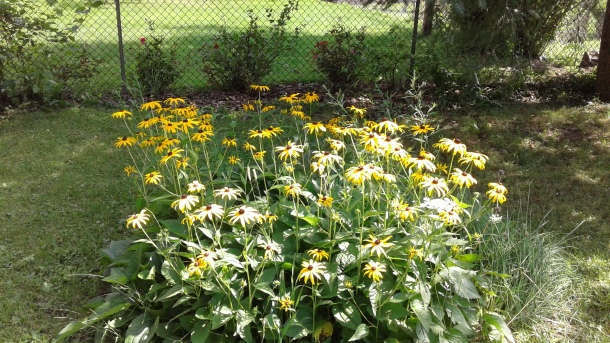 I don’t know if you can tell, but we’ve got quite a nice batch of chives next to the Black-eyed Susans.

I had just been remarking to Steven that our spearmint seems a little out of control, so I got a shot of that, too.

I should have gotten Steven to stand next to it for perspective.

I was glad I had taken two pictures at home, because I did not find as much to shoot on our walk.  However, I knew I wanted a picture of our post office, because I think it is kind of cool and historic looking.

I stood across the street so I could get the whole building.

As we walked up Main Street, I saw some flowers in front of Basloe Library which I had not taken a picture of, I don’t think.  I think I only took a shot of the ones in the park next to the library.

I wish I had focused in on the big pink blooms more, but you can’t see on the Tablet really well in the sunshine.

I was glad to get back home, because it was hotter outside than I had thought.  Also, I had not worn my sunglasses and the bright sunlight was bothering me.  Just to piss and moan a little, so this is more of a Wrist to Forehead Sunday after all.  However, my headline promised a Scattered Sunday and I began by talking about movies, so I will close with a photo I downloaded from one of my monster movie groups on Facebook.

Is it just me or does the building in the background look a little like Stone Mill at Canal Place in Little Falls?

It is a rare close up of Max Schrek in make-up as Nosferatu, who, as regular readers know, is one of my all-time favorite guys.  Happy Sunday, everyone.

I interrupt my Severed Head Sunday entertainment to make my blog post.  I did not realize this was going to be a Severed Head Sunday.  I thought I was having a perfectly normal Wrist to Forehead Sunday, not getting enough done, sorry I have to go to work tomorrow, feeling a big angsty about it all.  But Steven and I decided to watch movies instead of our usual Snapped marathon.  When we agreed on Lake Placid, I realized what kind of Sunday it was.

Lake Placid, for the uninitiated, is a horror movie from 1999 about alligators terrorizing a Maine lake which is, in fact, not called Lake Placid.  I wrote a blog post about it some time ago (I wonder if I can find it and make a link).  I think it is a fun flick.  Of course, to make this a true Severed Head Sunday, it might be nice to watch at least one more movie that involves decapitation.  Or there may be an episode of Snapped that can fulfill that requirement.  I am nothing if not flexible in these things.

I have done some writing today, but not much.  At the risk of becoming tiresome, I will just mention VERY BRIEFLY that my cold seems to be back.  Perhaps I do not get enough Vitamin C in my life.   However, I liked what I wrote and I may write a little more, when the movie watching, hanging out with husband portion of the day is over.  After all, one must hang out with one’s husband.