When in doubt, open with a vampire.  I came across a new picture of one of my favorite guys earlier today on Facebook and downloaded it.  I should have known it would immediately come in handy when I realized I don’t have a whole lot to blog about today.

The fact is I am deep in the throes of a massive Post-Holiday and — even worse — End of Vacation letdown.  But I am uncomfortably conscious of really being someone “with nothing to complain about.”  I put it in quotes, because it is kind of a cliche.  Now it is not only post-Christmas and Back to Work that is bothering me, it is that everything I type in sounds so stupid to me! Have I suddenly lost all ability to write?  SAY IT AIN’T SO!!!

It’s no use:  I am down and, as I often say, sometimes you just have to feel that way until you don’t feel that way any more.  In the meantime, there is no point in dragging others down with me.  I’ll throw in a couple more pictures, maybe make a couple jokes, and call it a Tired Tuesday post. 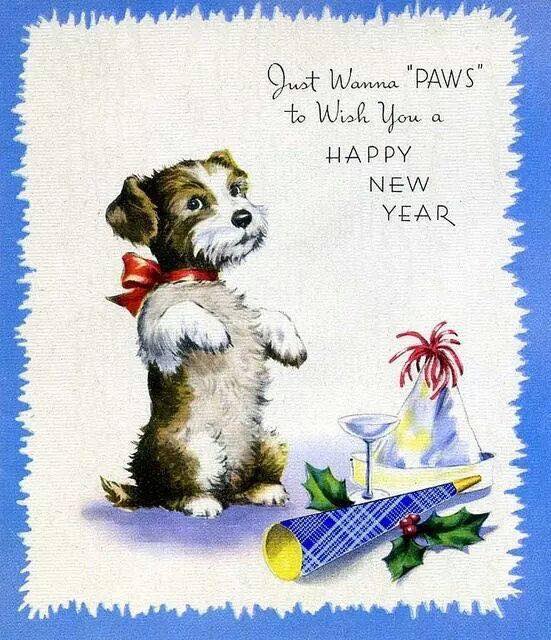 Who can resist a sweet puppy?

I just peeked back at Facebook, and this cute card from the 1950’s caught my eye.  After all, I’m not ALL about monsters, murder and mayhem.

Do you recognize a young Christopher Lee?

However, since I am somewhat about monsters, murder and mayhem, I end with a picture of Horror Hotel (1960), which I recently found out is also known as City of the Dead, although it is really more of a village.  But I digress.

So this is my New Year’s Day Tired Tuesday post.  Here is a Freudian typo for you: I first put “Tried Tuesday.”  Get it?  I TRIED to make a decent blog post.  I shall try again tomorrow.  As always, I hope you’ll stay tuned.