Scream! Scream For Your Lives! 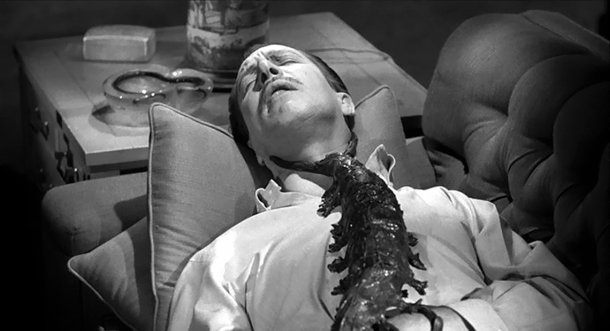 This doesn’t happen to me when I take a nap.

I just finished watching The Tingler after watching The Fatal Hour, which was not the thrill I was hoping for, and a couple of episodes of 20/20 on OWN.

I guess this is going to be a Non-Sequitur Thursday post,  although the title does have something to do with at least the first paragraph (if you don’t get it, watch The Tingler).  That is, I am making a post pretty much just to make a post, so I will blather on for 200 words or so and hit Publish.  At least I will try to be amusing.

I went out adventuring earlier, and had a couple of good ones, at least one of which I hope to write into an article for Mohawk Valley Living magazine (preview of coming attractions).  Then I had a headache and took a nap.  I hoped to get together with my friend Kim,  which no doubt would have made a decent post, but alas, that did not work out.

When it became clear I was home for the night, I poured myself a (second) glass of Pinot Noir and put in a cheesy movie, The Fatal Hour with Boris Karloff.  I don’t have a picture of it, but you are not missing much.   It is not a horror movie,  it is a detective story.  I only stuck with it because it featured an intrepid girl reporter.  I just love an intrepid girl reporter. 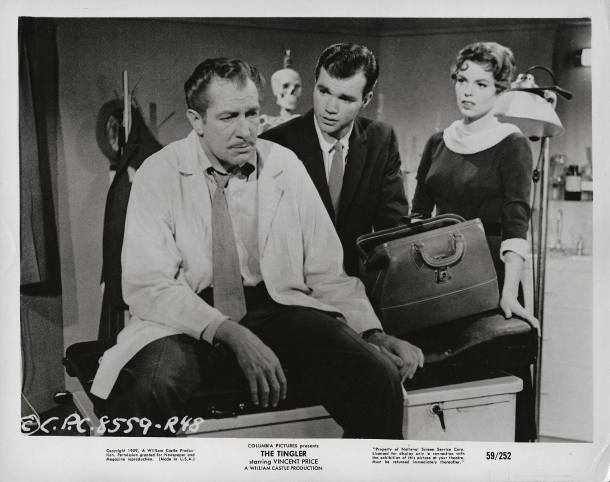 Another shot from The Tingler, just to have another illustration.

Fay Wray, Can You Help Me Now?

Tired Thursday just does not have the same alliterative charm of Tired Tuesday.  And yet, I am just as tired.  Well, we all know what I do when I’m tired:  I make a blog post anyways!  I’ve been trolling my monster and movie groups for new pictures, but I am having no luck and really want to get this post made.  I wonder if there is anything in my Media Library I haven’t used lately. 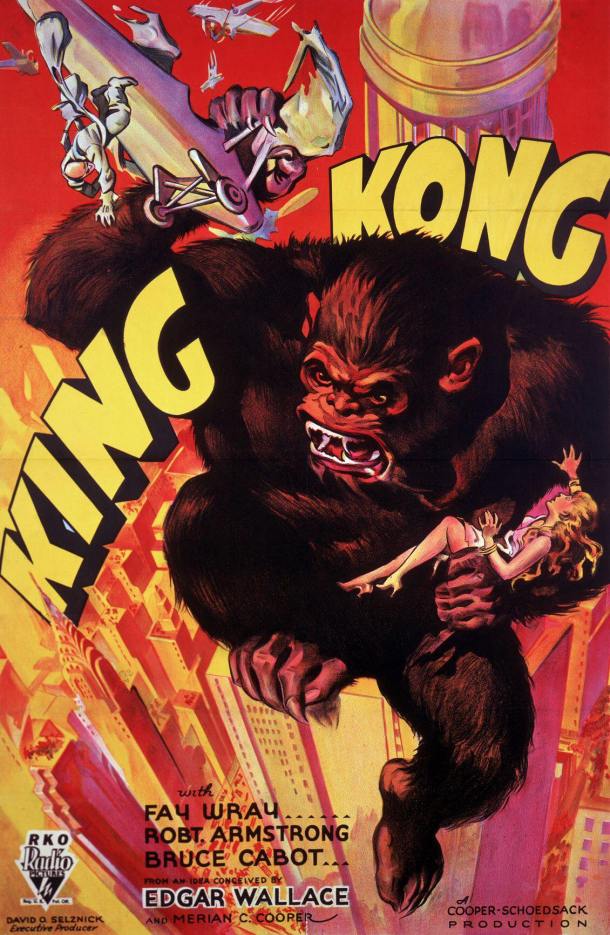 I’ve always had a thing for tall guys with long hair, but this is ridiculous!

I forgot to mention that my clever husband Steven got our DVD/Video player working again.  Movies may be in my future!  I have not seen King King with Fay Wray in a long time.  Steven got me the Jack Black version recently and we have never watched it.  Oh, we rented it back when it was first available (wow, was it really so long ago that there were still video rental places?  Why yes, a quick check tells me 2005!  How the time flies!).  That was the only time I saw it. 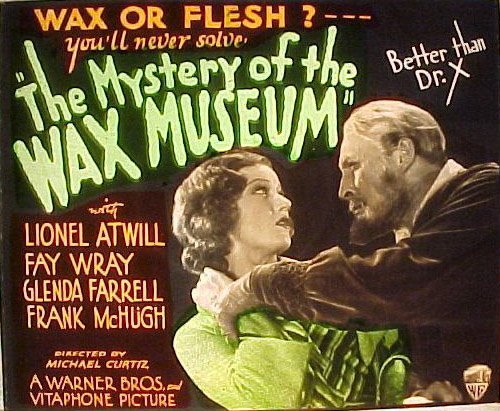 Is it really better than Dr. X, do you suppose? 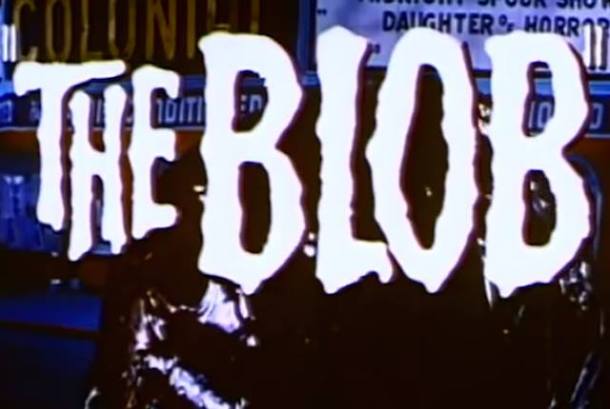 Yes, this is how I feel much of the time.

I went to my Media Library and added the first movie picture I saw, because I like to include three pictures.  We don’t have The Blob on DVD or video, so I guess One of These Things Is Not Like the Others (remember, from Sesame Street?)  Then again, that makes this a Non-Sequitur Thursday, doesn’t it?  And over 300 words, which I deem sufficient for a blog post.  Happy Thursday and I hope to see you all on Lame Post Friday.

More of a B Feature

I wanted to make sure I watched a movie this weekend, so I would have something to write about one day this week. I don’t know that I picked a cheesy one, though. I would say more of a B feature. But it featured an intrepid girl reporter, so I thought it would suit my purposes: Fly Away, Baby (1937).

The description in the digital cable guide, on the strength of which I DVR’d it from TCM, said something about newswoman Torchy Blane proving to her policeman boyfriend that she could so solve a murder. The words “intrepid girl reporter” were not actually used, but I can read between the lines. With a name like Torchy, I figured she’d be wise-cracking as well. Right on both counts.

In pre-movie commentary, Ben Mankiewicz tell us this is the second of nine Torchy Blane movies. I believe TCM was going to or did show more of them, but this is the only one I caught. So, apologies to any Torchy Blane fans out there who might have been hoping for multiple posts.

The movie starts right out with the murder. The police are not letting anybody in, especially reporters. The door is being guarded by a hapless beat cop whose name I don’t remember, largely because it is one of those names that when you hear it you have no idea how it’s spelled. I could have made a note in the TV Journal. He shows up again later on, in a part I thought was going to be a whole lot more important, but I suppose I should not ask for miracles in a B picture.

Back at the city desk (I don’t remember the names of the papers; you know how I am), the editor is looking for the one reporter who can surely get in — Torchy Blane. So right away this movie is different from other intrepid girl reporter tales: the editor likes her and considers her a good reporter. Perhaps he learned so in the first installment, which makes this a worthy sequel in my book. So many sequels want to act like the first one never happened and we have to solve a bunch of stupid problems all over again. But that’s a whole other blog post.

Where is Torchy? Off to get a marriage license. Oh no! We all know married ladies don’t have jobs (this was the last century, after all). But no fears. Torchy’s boyfriend stood her up because of the murder (he’s a cop, remember?). So Torchy makes it to the murder after all and, true to her editor’s expectations, she manages to get in.

Another reporter also manages to get in. He’s a spoiled brat whose daddy got him a job on a rival newspaper. And he’s friends with the dead man, a jeweler. Or is he? It is brought up several times that Rich Boy is a heel, but as Cop Boyfriend points out, that does not make him a murderer. Of course it’s up to Torchy Blane to find out.

A reporter from a third paper also plays a role. He’s a fun guy with a rich wife and a way with words. He and Rich Boy are about to have a race around the world.

“I intend to show him the backs of two heels,” Fun Guy tells reporters. “Counting him, that will make three.” See, everybody says this kid is a heel.

As you may have expected, Torchy gets in on the race, in hopes of catching Rich Boy with the evidence.

Mankiewicz says this part was inspired by an air race in which Dorothy Kilgallen, a real life intrepid female reporter, took part. I may have to look up some Kilgallen biographies and read more about this, because quite frankly, I don’t get it. The reporters are not flying the planes themselves. They all get on the same plane. Then stay in the same hotel. They end up on the same zeppelin for the dramatic climax. Where’s the race?

This is only one of several “Waaait a minute” plot points. There are also a couple of clues that Torchy seems to find way too easily. What self-respecting murderer just leaves clues lying around in such a careless fashion? (I know, all of them.) But “Waait a minute” plot points are a movie staple, be the movie A, B or C for cheesy. The question is, does the movie carry us along in an entertaining manner so that we don’t say “Waaait a minute” till much later (ideally waking up in the middle of the night to ponder the points, from a movie maker’s point of view)?

The answer is this one pretty much does. The supporting characters are fun (not just Fun Guy), and Torchy Blane is an endearing heroine. She cracks wise, she doesn’t make egregiously stupid mistakes, and she’s always hungry. What’s not to like? I may try to catch further entries in the series.