I went to the Clinton Farmer’s Market today.  What a crowd scene!  I brought my Tablet to take some pictures, but the only real photo op was a display of some vintage cars. The cars reminded me of a previous experience,  so this may turn into a Throw Back Thursday post.

My companions at the market included my sister Cheryl and great-nephew Sheppie.  We were the three who walked across the street to see the cars.  I love classic cars. 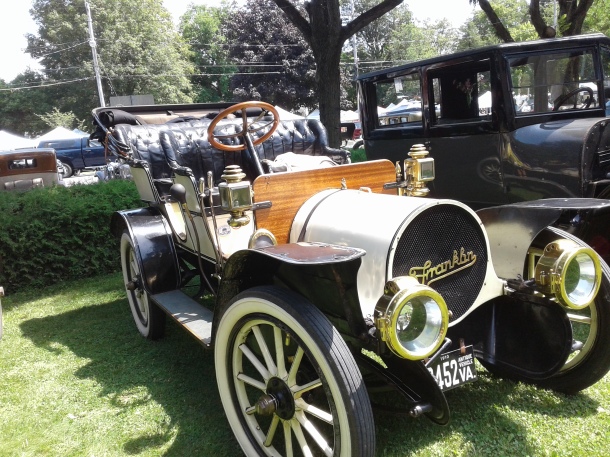 I would love to tool down the road in this!

A fellow there showed us the engines of a couple of the cars and explained some of the mechanics involved.  These were Franklin cars, which were apparently the best made at the time.

The cars reminded me of a time I dressed in 1920’s garb and posed near an old automobile. 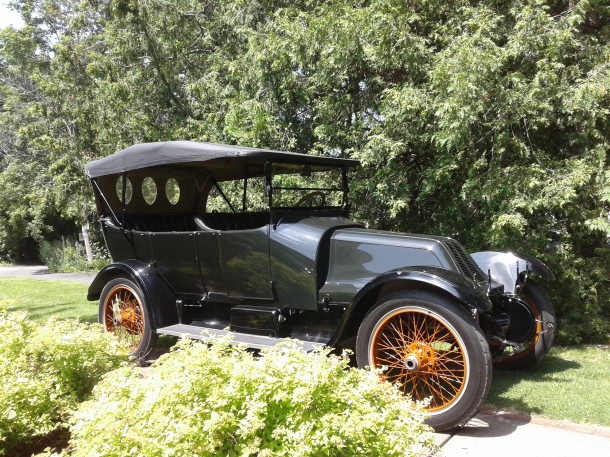 This is not exactly like the car in my memory.

I was unable to show my pictures of the other car at the time, but I can show them to my readers now.

Here is the car I remembered.   It was parked in front of one of the Rutger Mansions in Utica, NY, for a fundraiser for the Landmarks Society of Greater Utica.  But that isn’t the picture I really wanted to show. 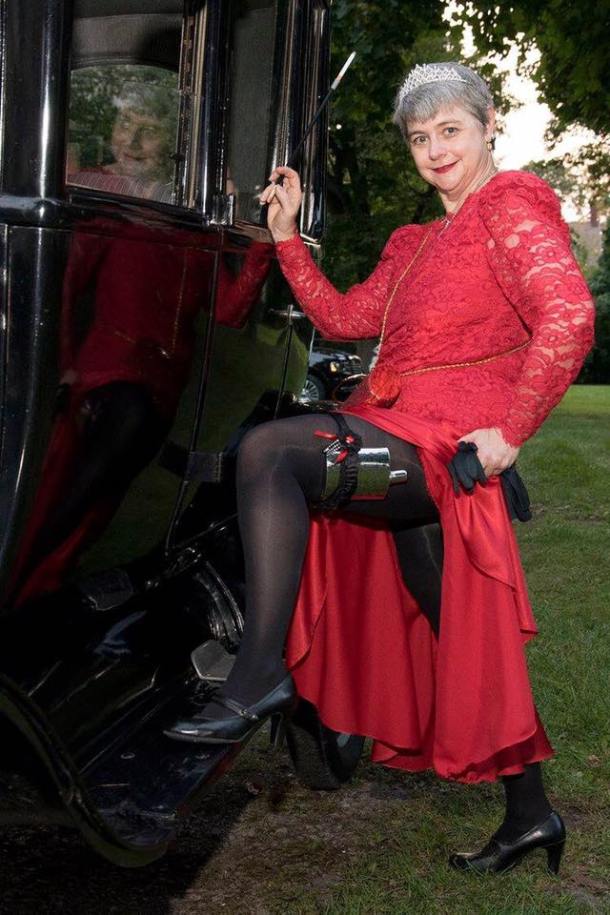 I rarely ignore a chance to flash a little leg.

Yes, this is me, impersonating a society lush from the 1920’s. 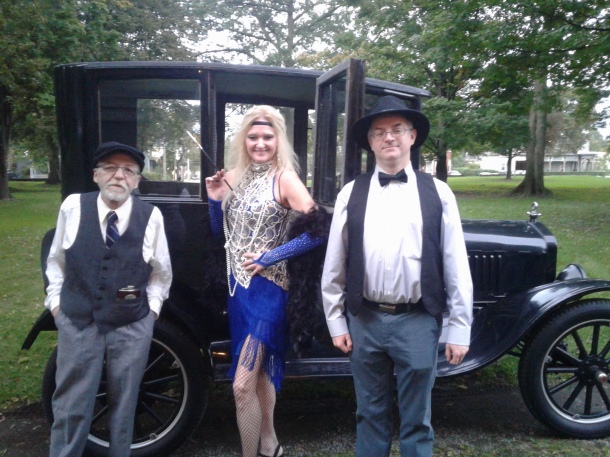 My husband Steven and friends Kim and Wayne.

This picture was actually taken a year later than the previous one, but it us the same car.

I guess this also can count as a Non-Sequitur Thursday post,  since I veered from farmers market to memories.  Who says I can’t multitask?