RSS Feed
← More Flowers, While I Can Get Them
Svengoolie and Snapped on Saturday →

In lieu of my usual Lame Post Friday,  I shall share the pictures from the second part of yesterday’s walk.  I had walked to the post office, donning a mask to go in and purchase stamps (flags for bill paying, flowers for personal).  I took a long way home.  It seemed to take a while to find another photo op.

This is on the path over what used to be a hydraulic canal,  a favorite spot for me to walk or run, as regular readers know.  Further up the path, I saw some chalk art.

This was one I had no idea what it looked like when I took it.

That caption is an awkwardly constructed sentence.  Never mind. The sentiment expressed in the chalk art is a good one.  I continued onto German Street.  Since there is less traffic these days, I had no problem crossing the street for the next photo op.

I see these signs all over, sometimes accompanied by one with a picture of the graduate.  I think it’s a great way to make things a little special for the kids who had their senior year cut short.

Further down German, I saw the opportunity to plug a local business.  I wonder if I could persuade Steven to spend a night in a B&B not too far from home, just for something different.  I went back across the street to get a shot of the house.

I could have gotten a better shot from the middle of the street, but traffic was not that sparse.

Back home, I took a picture of some of my yard work, where I had cleared some space where the peonies are growing. 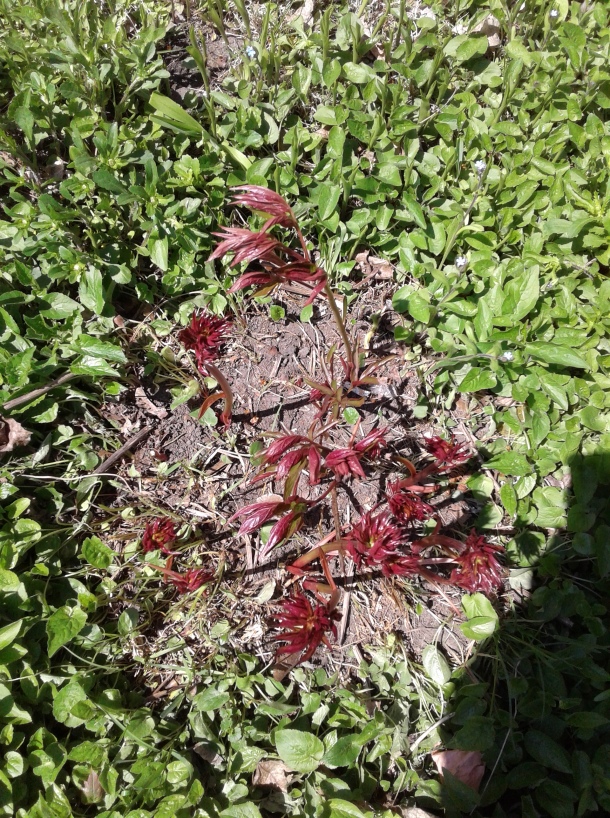 I hope for more pictures as spring progresses.

I also took one of some forget-me-nots.  These previously grew out back under the rhododendron but are now inexplicably out front.  I guess I do not properly understand flowers. 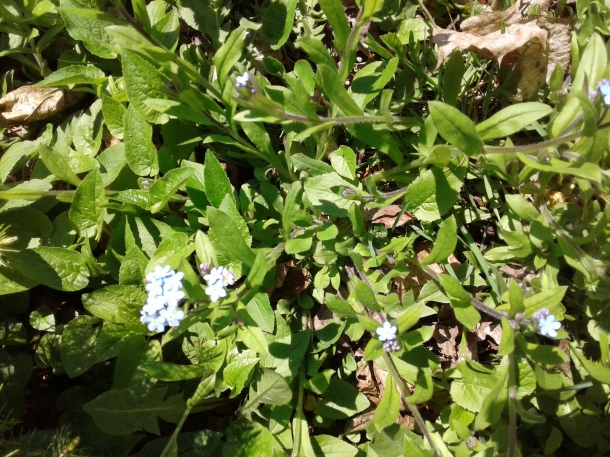 I like doing these pedestrian posts with pictures.  I hope for more walking weather next week.

Posted in humor, Pedestrain Post, personal and tagged blog post, blogging, flowers, post office, walking, weather. Bookmark the permalink.
← More Flowers, While I Can Get Them
Svengoolie and Snapped on Saturday →