RSS Feed
← Was This a Successful Blog Post?
More Movies on Wuss-out Wednesday →

Did You See What I Did?

It is getting to be a bad habit for me to miss a day of posting then make two posts the next day.  In my defense, I was having such a fine time yesterday watching cheesy movies with my husband, Steven, I just kept going with it till I was too tired and lazy.  OK, that was a lousy defense. I’ll share a couple of monster movie pictures, hit publish, and try for a Mohawk Valley adventure later on for a better blog post today. 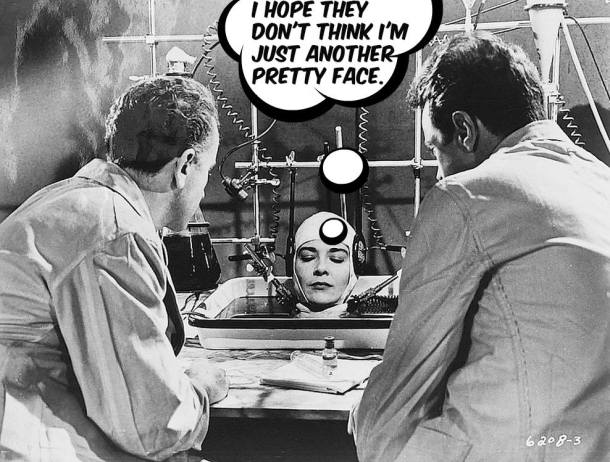 Gee I wish I’d have said that.

This photo was on one of my monster movie pages, but the comments (including mine) also made a lot of puns, some of them rather racy.  I suggested we watch The Brain That Wouldn’t Die first, for cheesy fun on a rainy day.  It is really better to watch movies on a rainy day at our house, because our television is in between two windows which have rather inadequate curtains.  At least, I guess they are adequate, because nobody can see in, and it is nice for the most part that they let sunlight in, oh, never mind about my curtains, let’s go on with the monster movies. 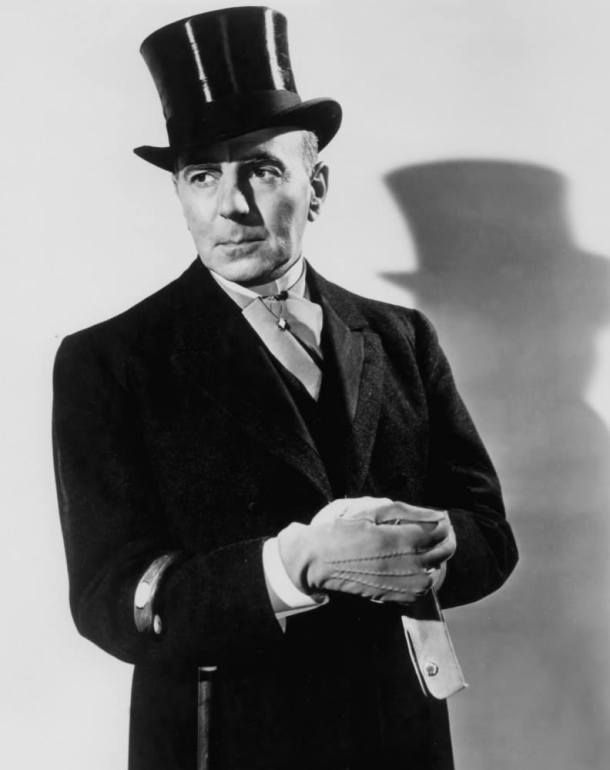 He looked considerably less distinguished as the vampire.

Next I suggested something from our DVD Collection of 50 Horror Classics (they use the term loosely).  We chose Dead Men Walk, starring the “marvelously theatrical” George Zucco (that is how he is described in one of the movie summaries).  I could not find a picture of the movie (well I can’t spend all day looking for pictures, you know I am not adept at internet searches), so I settled for one of Zucco.

Anyways, that movie was disappointingly, so Steven wanted something that moved a little faster.  I wanted to continue with the cheese theme, so we settled on I Saw What You Did, a William Castle production with Joan Crawford.  Steven saw it at the drive-in back in the day.  He subsequently called a neighbor’s house, which was situated so they could see through the windows.  His sister, Ruby, answered the phone and Steven whispered, “I saw what you did, and I know who you are.”  Ruby was startled.  Last night I double dog dared him to repeat the prank.  He dialed Ruby’s number, but when she picked up he said, “Hi, Ruby.” 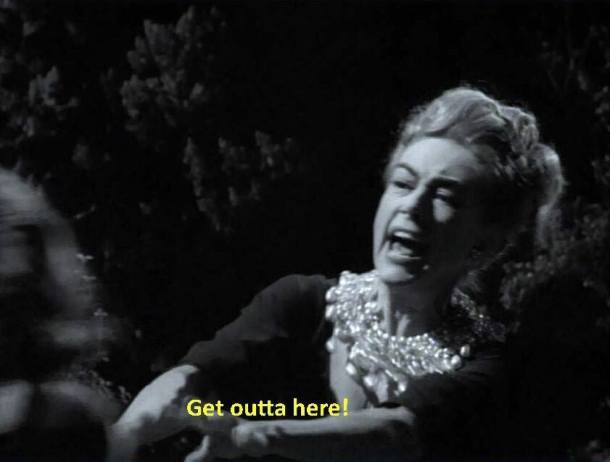 You can’t see it so well in the picture, but it’s a really awesome necklace.  After that movie, we watched a Dateline On Demand.  Some days I just can’t get enough murder and mayhem.