RSS Feed
← About that Fake Poo…
Not a Good Week, But a Not Bad Run →

I wrote while on breaks at work today, but not a blog post.  Feeling quite bereft of ideas, I did what I usually do these days and skimmed through our downloaded photos.  The first one that caught my eye was a sweet shot of our dear, late dog, Spunky. 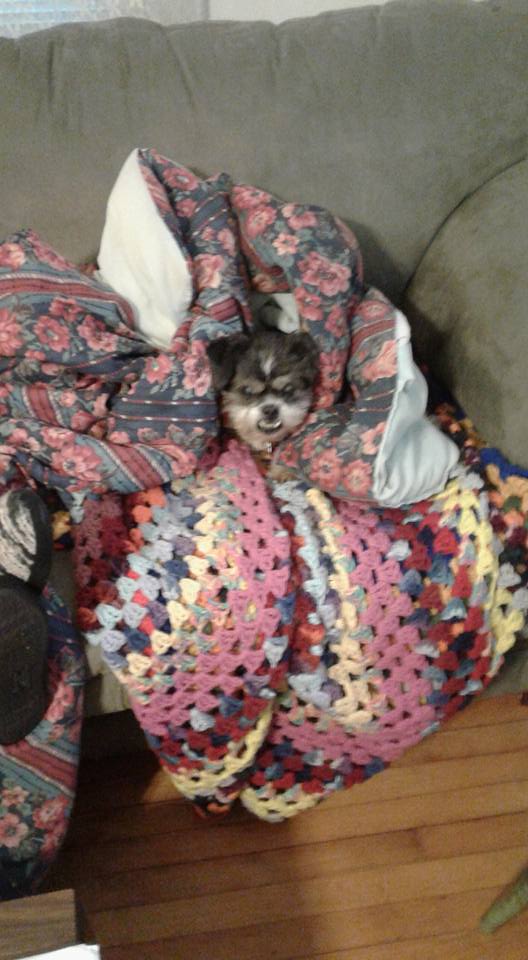 He was cold, so Steven covered him up.

I put it in the blog but could not find further pictures of Spunky that I haven’t already used.  The pictures does not go with the other ones I selected, but I just can’t bring myself to delete the photo.

It’s nice to see a family enjoying the fresh air together.

This was the next picture I noticed.  It is one Steven downloaded.  At first I thought it was Hirschfeld, but on closer inspection I see it is not.  I confess, back in the day when we watched all the good re-runs, I preferred The Addams Family to The Munsters.  I have not seen either show in years so have no idea how I’d feel now.  However, with that in mind, I append a nice shot of Gomez.

The house actually looks less creepy than I remember it in the show.

I was still thinking I could bring myself to not use the picture of Spunky, so I clicked on another Halloween-y picture Steven must have downloaded. 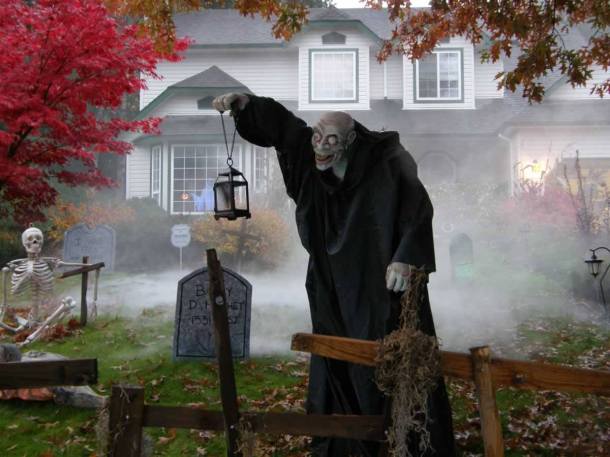 He’s a charming fellow, and I love the skeleton on the left.

That makes this a rather disjointed post, but I think I’ll let it stand.  After all, we’re only one day off from Non-Sequitur Thursday.