I think I may have run out of things to say about not having anything to say.

I am forcing myself not to backspace and erase that, as I did to at least three other possible leads.  I’m thinking at least one of those leads was better than what I went with, but of course now I can’t remember any of them.

Using a few random pictures seemed to work yesterday.  I wonder if I could get away with it two days in a row. 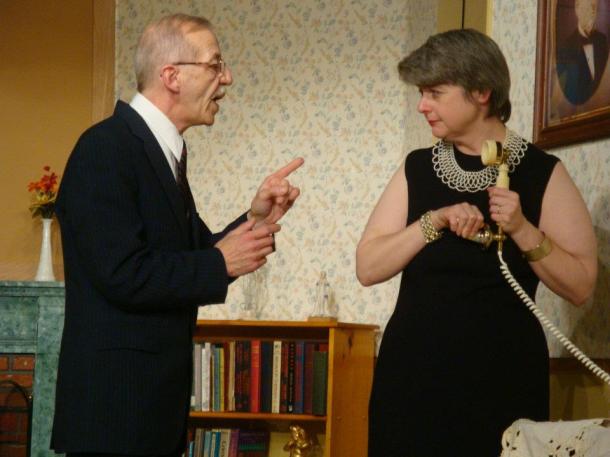 He’s telling me what to say, and I’m thinking he’s full of beans.

This picture is from the Ilion Little Theatre production of Harvey in 2012.  Steven played Dr. Chumley.  I was Veda.  Perhaps longtime readers remember when this blog was All Harvey All The Time. 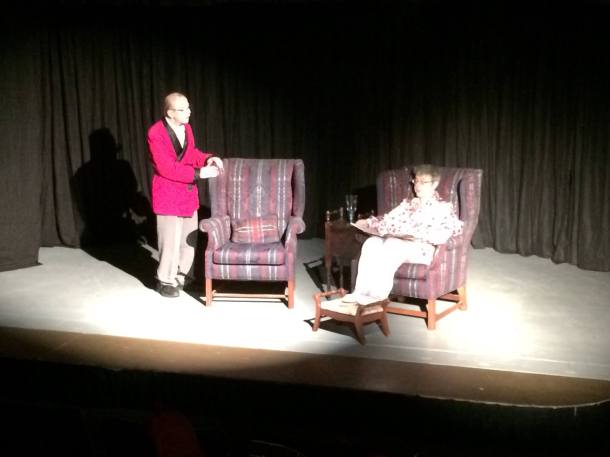 My character is drinking wine, but it is not real wine in the glass, a source of much disappointment to me.

This is a more recent stage appearance: Splitting Issues last October.  I believe I also wrote a couple of blog posts about that. 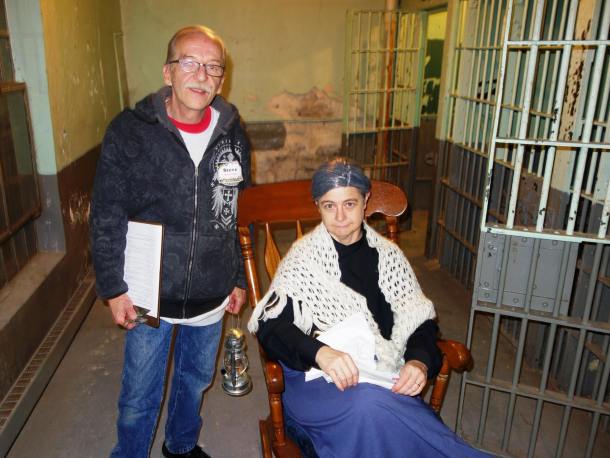 In jail, where some believe we belong (you know who you are).

I don’t have another theatre picture of Steven and me together, so I will show a picture of me in costume with Steven.  This was a Haunted Tour of Herkimer’s Historic Four Corners.  I reprised my role (wait a minute; my computer thinks “reprised” is not a word, but apparently “reprise” is. Oh, I can’t worry about that now) of Roxalana Druse, who was hanged behind the 1834 Jail.  I don’t think I did a blog post about that event (the haunted tour, not the hanging, although I never wrote about the hanging either).  How remiss of me.

So this is my Non-Sequitur Thursday post for the week.  I think I’ve jumped around enough to qualify.  If only I could think of a catchy headline, I could head to my Steel Magnolias rehearsal content.